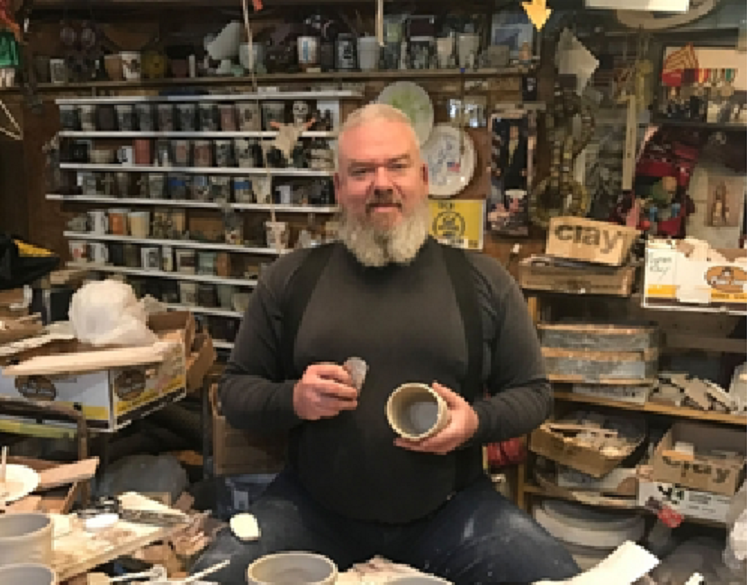 Ehren Tool, ceramic artist and veteran, will lead a workshop at monca on Sunday June 13, 11am – 5pm.  He will be doing what he is best known for “making cups.”  This event is for adults and kids.  There will be an area where kids can watch and create in clay.

Ehren Tool is an artist whose work is heavily influenced by his service in the Marine Corps and his subsequent return to the civilian world. Ehren has made and given away over 20,000 cups since 2001. He received his MFA in 2005 from the University of California Berkeley. Ehren only makes cups, they are his canvas to share his war- time stories.  He believes peace is the only adequate war memorial.

Admission fee:  Free  Ehren will be bringing additional cups for sale, the proceeds will benefit monca.