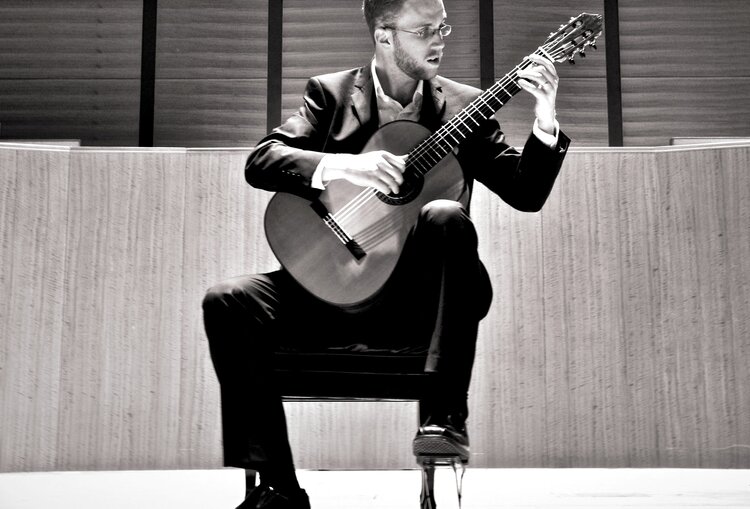 The next performers in the ongoing Classical Guitar Project at monca are David Gonzales and Matthew Fish.

David Gonzales and Matthew Fish first met in the studio of Sérgio Assad while pursuing their Master’s Degrees at the San Francisco Conservatory of Music. Upon graduation they began to work together as members of the renowned San Francisco Guitar Quartet. With a shared passion for ensemble playing, Matthew and David began to explore chamber music with two guitars. Playing with a synergy from years of performing together, they each bring their own unique style and experience to create exciting programs featuring lesser known repertoire and original arrangements for two guitars.

David Gonzales.  With a career spanning 15 years, versatile guitarist Gonzales has appeared across the U.S. as a chamber musician, soloist, and educator. As co-founder of the ground-breaking electric guitar ensemble, Ignition Duo and a former member of the San Francisco Guitar Quartet, David has worked closely with many acclaimed composers to expand the repertoire for both classical and electric guitar. As an award-winning soloist, David performs music spanning from the renaissance to modern periods.